Our staff consists of ordained ministers, program directors, and administrative support staff.  To email a staff member, simply click on their photograph. 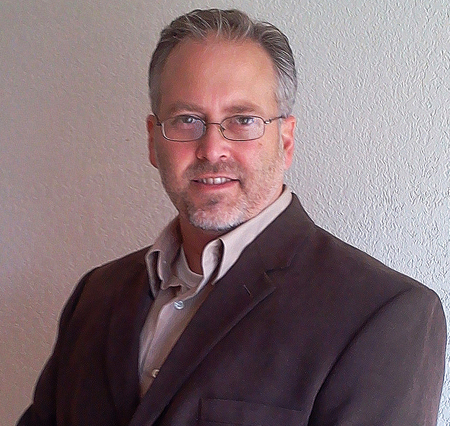 Pastor Holt is a graduate of New Geneva Theological Seminary in Colorado Springs, CO, where he has completed his MDiv and DMin degrees. Prior to coming to First Presbyterian of Gulfport, Pastor Holt ministered to churches in Georgia and Wyoming.

Sermons by Pastor Holt can be found under the "worship" tab. 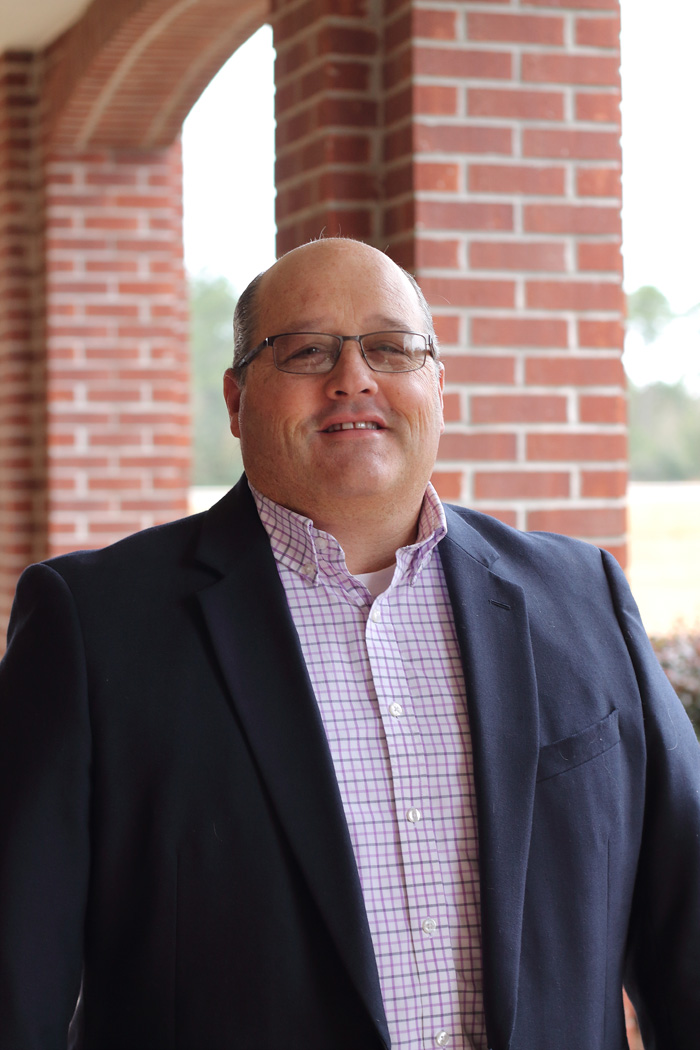 Roddy grew up in Gulfport and graduated from Gulfport High School in 1981. He then attended Jefferson Davis Junior College, receiving an Associates degree in 1983. Two years later, Roddy received his B.S. degree in Psychology from the University of Southern Mississippi. The prospect of a year-long internship moved Roddy and his wife Lucy to Brewster, New York, where they worked as Group Home managers. Upon returning to Gulfport Roddy received a position as Manager of Gulf Coast Industries, an extension of the Gulf Coast Mental Health Center. It was during his time at Gulf Coast Industries that Roddy began working as the Youth Director for First Presbyterian Church of Gulfport. This marked the beginning of his ministry with FPC that has now grown into a full time position as the Director of Youth and the Church Business Administrator. His goal is to continue, with God's guidance, to grow youth one lesson and activity at a time (Isaiah 40:31). Roddy's interests include singing tenor in the FPC choir, and directing music for the Gulfport Little Theater children's and youth productions. He and his wife Lucy have three children, Bryce, Andrew, and Olivia. 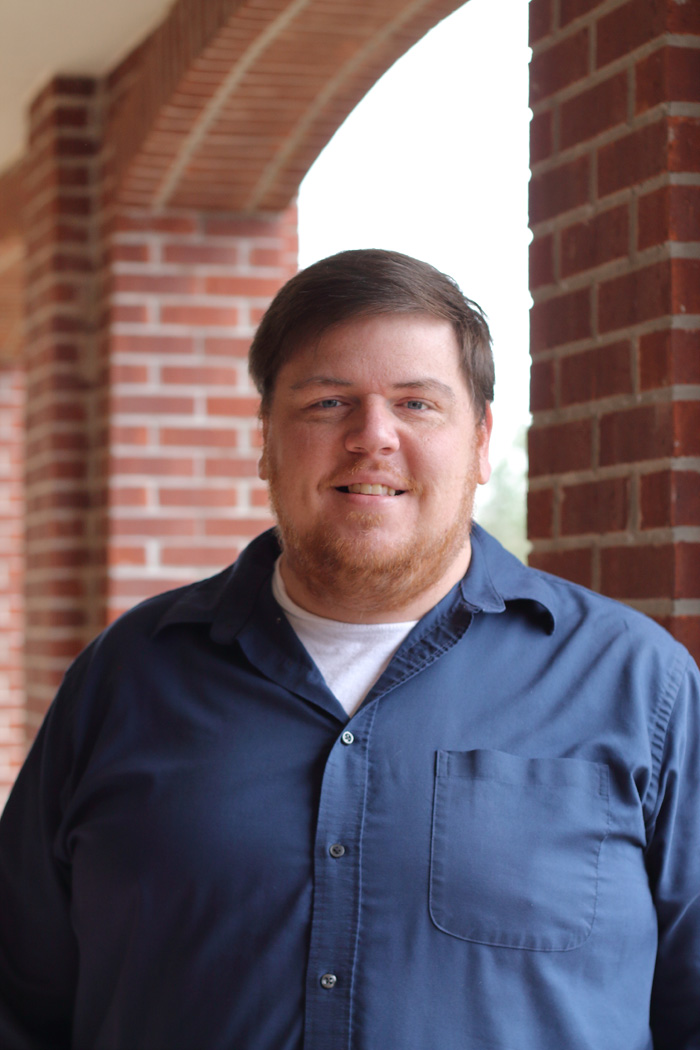 Daniel Vernon is Director of Music at First Presbyterian Church of Gulfport and Director of Choral Activities at Gulfport High School.  After graduating from East Central High School in Hurley, MS, Daniel earned a Bachelors degree in Instrumental and Choral Music Education and a Master's degree in Choral Conducting from the University of Southern Mississippi.  A native of the Mississippi Gulf Coast, he has been active in directing and performing in productions for the past 25 years.  He is an active accompanist, vocal instructor, and adjudicator throughout the  Southeastern United States. Daniel is active in with the American Choral Directors Association, serving as the Chair for Community College Choirs on the State Board of Mississippi for ACDA, and received the 2012 Mississippi Young Music Educator of the Year award. He and his beautiful wife Mary have one daughter named Abbie. 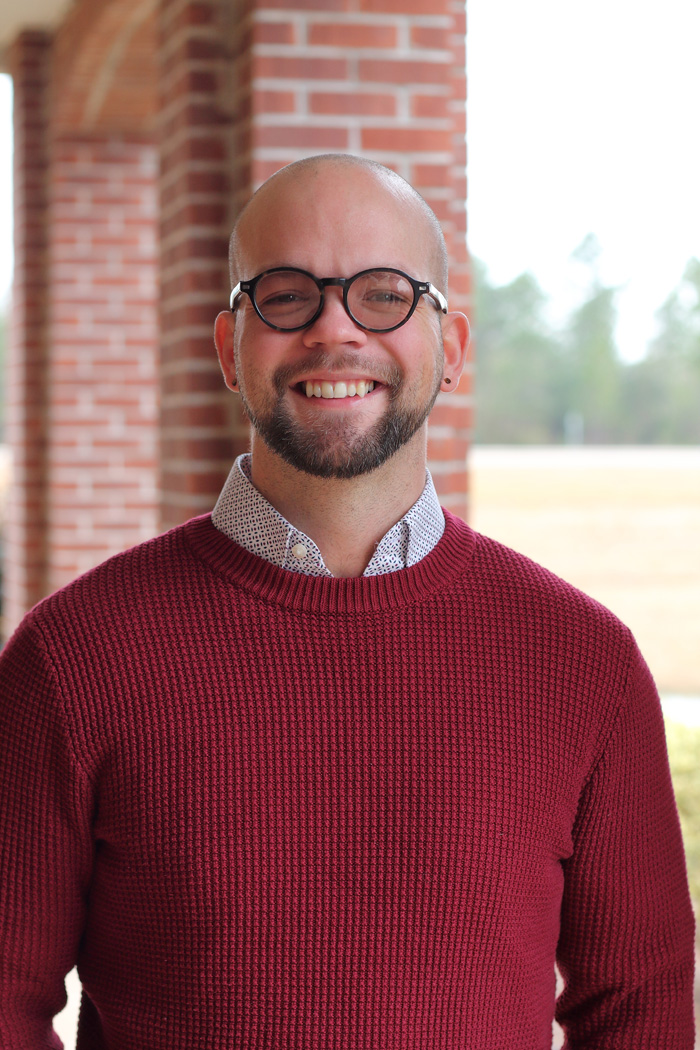 Aaron is a Carthage, MS native.  After completing his music studies at William Carey University (B.M.) and the University of Southern Mississippi (M.M.), he now serves as the Choir Director at Gautier High School in Gautier, MS.

In addition to his passion for music, Aaron is a connoisseur of fine socks. 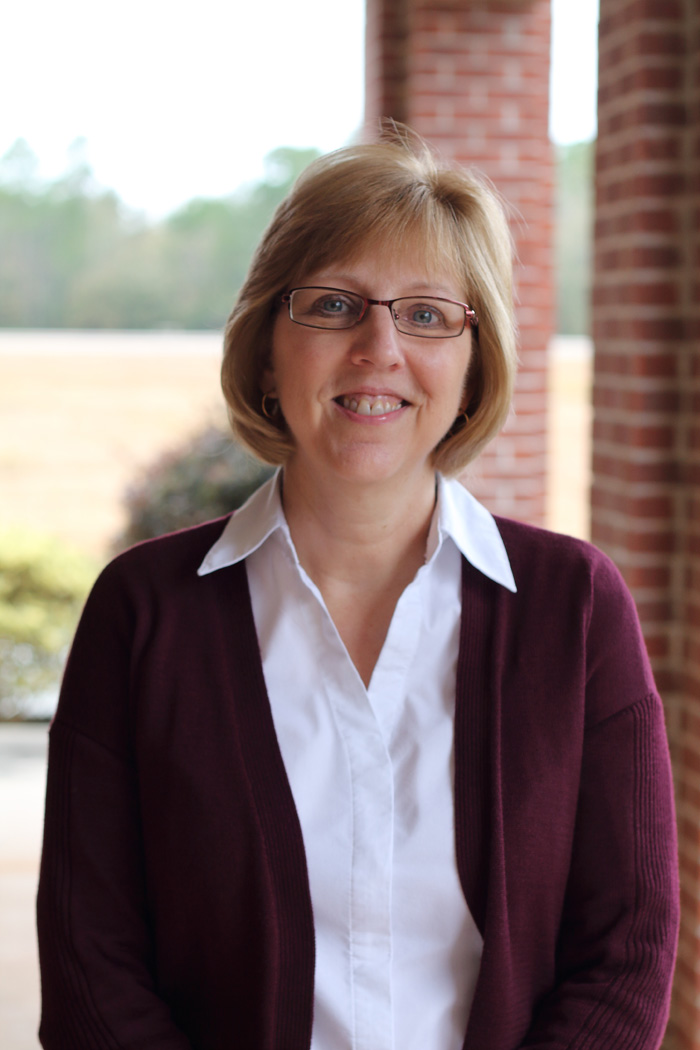 Janet is a native of Wichita, Kansas, but after living in Gulfport for many years, she calls the Coast her home. She is the mother of five and grandmother of many more.

When she is not at the church, she spends her free time reading, cooking, and enjoying her family. 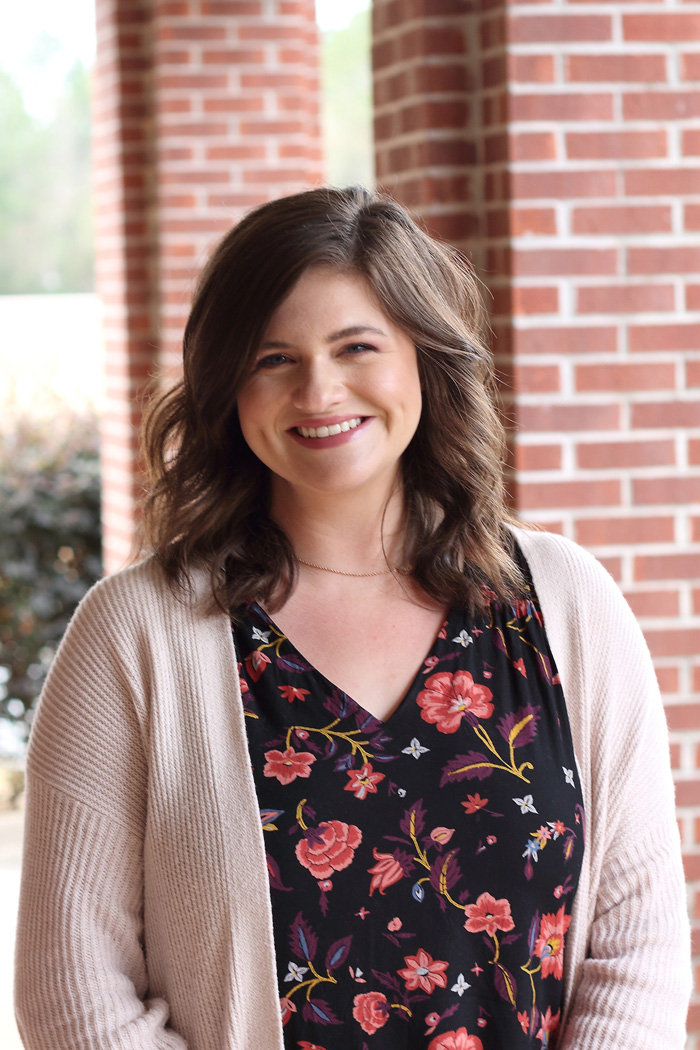 Austyn is a graduate of The University of Mississippi where she received her Bachelor of Arts in Elementary Education. She enjoyed teaching first grade in Oxford, MS before moving to Gulfport in 2012.

Austyn and her husband, Robert, have two children: Jack Morgan and Thomas.

Austyn enjoys art, photography, and cheering for the Rebels. 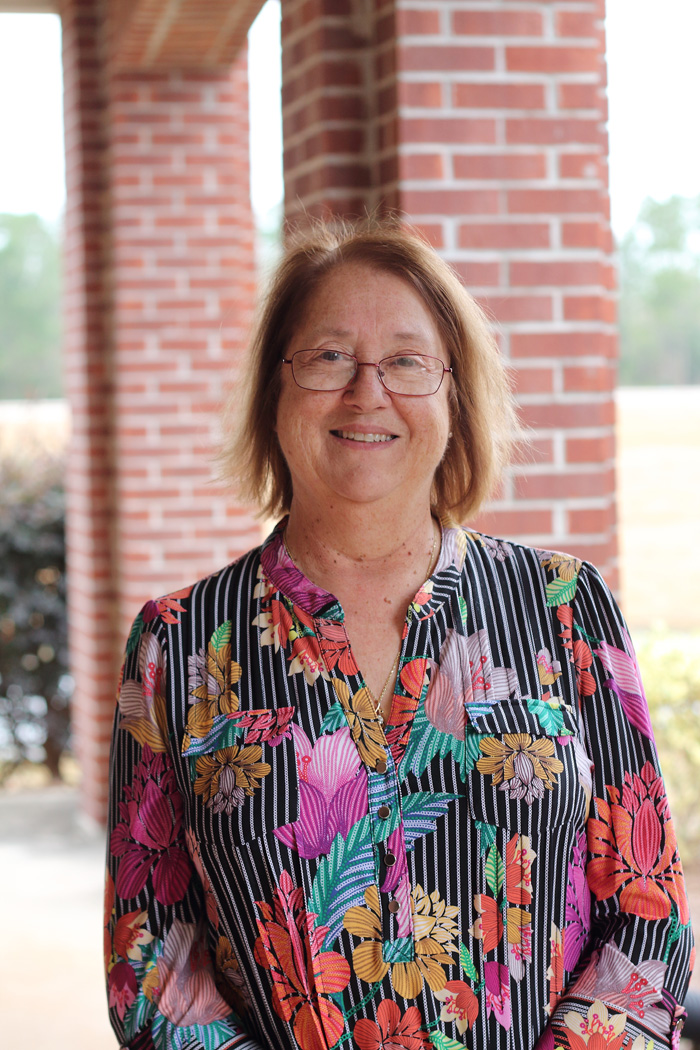 Mary Beth is originally from New Orleans but has lived on the Gulf Coast since 2002. She is retired from Volunteers of America where she served for 25 years.

Mary Beth loves to garden and show and train dogs as a hobby. 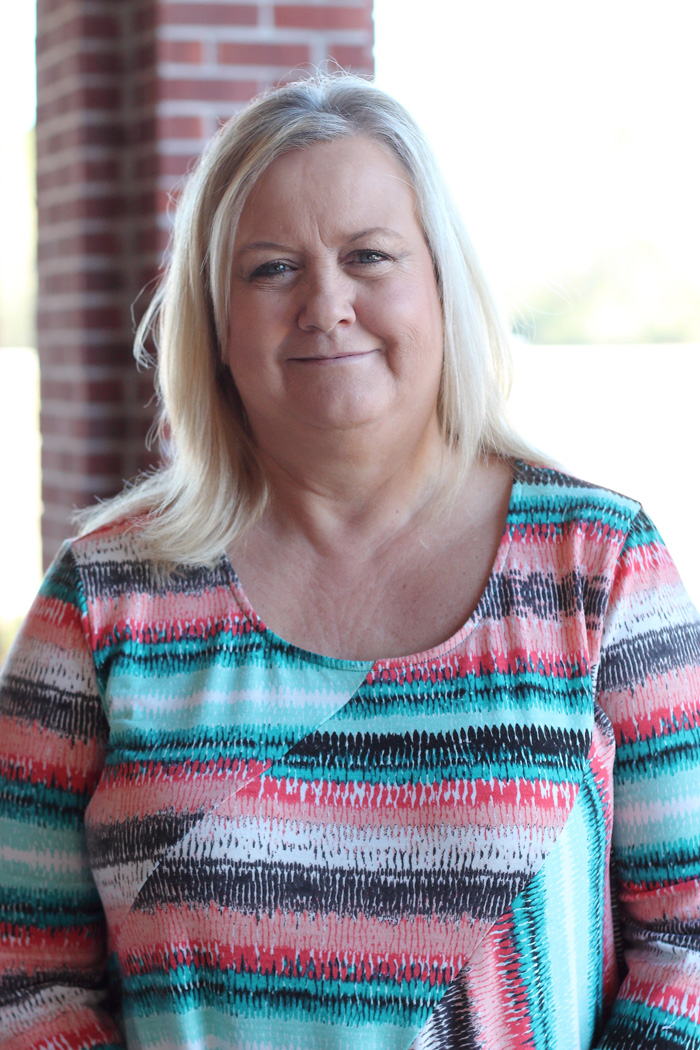 Denise has worked in accounting and as a bookkeeper for the past 30 years. She and her husband Kenny have two children and four grandchildren.

Denise loves to read and spend time with family & friends.